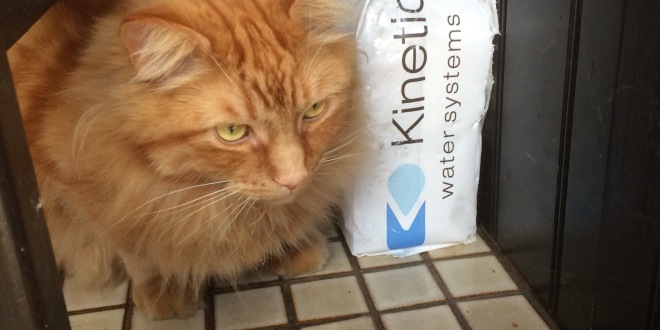 “D’you know, he could win this,” John Inverdale says.  It’s the French Open and Andy Murray hasn’t yet hit a ball.  Let’s not tempt fate and make him lose in the first round to a qualifier, I think.  Probably best not to start to thinking about Andy-winning-the-whole-tournament at this stage.

And they’re off.  Andy’s clad head to toe in black and, unsmiling, could be a teenage Goth rather than a tennis player.  He’s even wearing black sweatbands.

The Argentinian number 137 in the world, Facundo Arguello “hasn’t done a great deal on any surface this year,” but he’s just taken Andy to deuce on his first service game.  He’s in white shorts and a turquoise t-shirt.

Looks sunny in Paris at six o’clock in the evening.  It’s a bit gloomy here as I gaze out of the window at my new Niger seed feeder.  Hope the goldfinches will be pleased with it.

The third deuce already in this, Andy’s first service game.  Come on Andy!

Eventually, Andy makes it out of his service game, after eight minutes.  It doesn’t take him long to break the other chap.  2 – 0.

The thud of ball on strings.

“He’s going to make a living in this game, it’s mainly going to be off the TV screens,” Jim Courier says, as Arguello takes a game, 1 – 3.

Wonder where brother is.  He was meant to be home ages ago.

Attached photo is the fluffy monster.

“This is OK,” Courier soothes the viewing public.  “This isn’t Federer, this isn’t Nadal.  This is a player that Murray will find a way to beat.”

“But there is a third player in this match, and that’s the wind,” the other commentator says.

Have so much to do before the Office tomorrow, I think as I sip my now-cold coffee:

1.  Unpack bag from the weekend.

6.  Delete some programmes to make space on Digibox which is now almost full.

7.  Read book: am about halfway through The Tories by Alan Clark and need to make progress with it.

But these things are possible and will achieve them somehow.

Miss my Seb.  Hope he’s working hard.  He’s meant to be, otherwise I may as well have stayed there with him last night.  Love that boy.

Attached photo is the fluffy monster, sitting under the kitchen table at the parental home earlier today.  Had lovely orange cuddles with him, before he clambered up the wall and onto the roof.  Wish he was here so could cuddle him now.