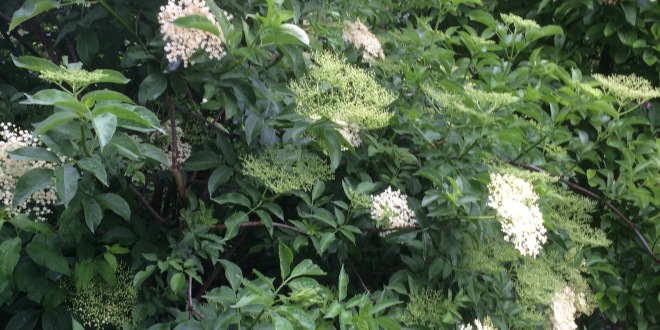 Seb is on his way.  Or will be, after he’s done various things.  It’s been raining in Paris, so we’ve been watching Andy’s match from yesterday.  Now, at last, they’ve swept the courts and some play is happening.  It’s the French hope Alize Cornet – very pretty in blue – and the Ukrainian Elina Svitolina, who looks about to beat her, in black.

Brother has gone out without taking his clothes off the airer, so will wheel it into his bedroom.  After have put own clothes away.  Which am capable of doing.

3.  Put the mouldy grated cheddar out for the birds.  Wonder why Mum gave us a packet of mouldy cheese in the first place: we’ve only possessed it for a few days.

6.  Put some lights on so it’s not so dark and miserable here.

8.  Carry on with The Tories by Alan Clark.  Is very exciting ATM: Jeremy Thorpe is behaving in a dangerous and erratic way…

Cornet is pulling herself together, fighting back and so on.  Come on Alize!

Oh dear that was a bad mis-hit.  At 4 – 5 down in the second set, having lost the first set ohhhhh look!  She has a break point.  She squanders it.

“She doesn’t seem to be reading the wind,” the commentator says.

Wander outside in my socks on the wet decking to pour the mouldy cheese out for the birds.  Otherwise will just eat it.

The match goes into its last moments. 6 – 5 to the-one-that-isn’t-Alize.  The fashion is for bum-length dresses, so short that bum cheeks are exposed a bit.  The girls have gorgeous toned, tanned legs, but even so.

So much for doing anything-other-than-watching-this.

If there’s any better illustration than tennis for the resilience of the human spirit, I can’t think of it.  It’s why I love to watch it.  Gorgeous Alize with her sculpted eyebrows.  Whether she wins or not, she hasn’t crumbled.  But it’s now 6 – 3 to the Ukrainian.  3 match points.

There are things I must do.  And yet I can’t.

A moment to mention the black dresses and striped black and white socks of the ball girls.  No-one knows why.

Alize hits it long.  The Ukrainian wins.  “A special special moment for this twenty year old.”

And now Tsonga vs Berdych.  Yay!  Won’t be doing anything else.  Ah well…

Attached photo is beautiful elderflower near the flat.

Happy Sunday everyone!
*1996.  By Martina Navratilova and Liz Nickles.  Martina’s second novel is a murder mystery with the action set at the French Open!

One thought on “Breaking Point*”