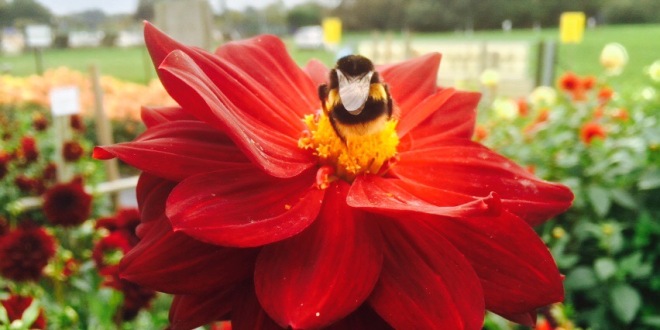 “I’m not sure what I’m going to write about this in the blog,” I tell Mum.  We’re walking around the dahlia show-ground at a nearby garden centre.

“Why don’t you write a discourse on the different types of dahlia?” Mum says.

“Well it’s more interesting than when you last had a bath and which bits of you hurt,” Mum says.

“As well as the one I had on Wednesday,” I say.

Mum laughs.  “Indeed I will.  What about this one?  Take a photo of this for the blog.”  She points at a miniature ball dahlia ‘Blyton Lady In Red.’  Here it is: 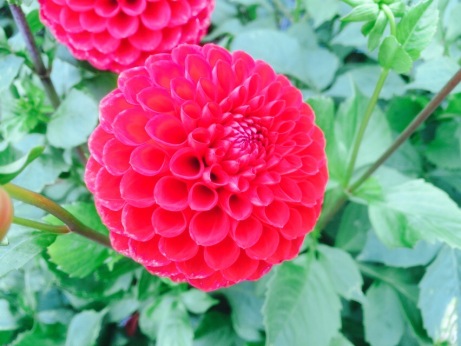 “Do you remember when you used to spend all afternoon at Grandpa’s, drawing one of his dahlias, darling?” Mum says, as we walk down the next row of flowers.  My grandpa grew these flowers every year.

“Yes, it’s a shame that I haven’t fulfilled any of my talents,” I say.  “Never mind.  Ooooohhhhh look at this one.”

“What’s it called?” Mum says, as we look at a fantastic dahlia.  It’s shocking pink suffused with yellow. 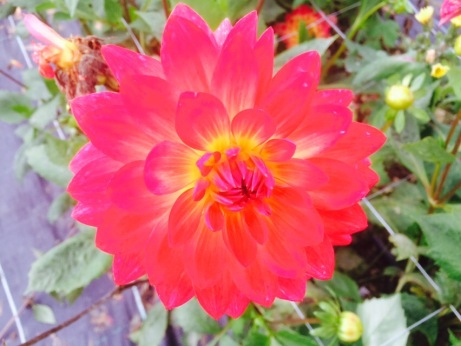 “You can tell your readers that we come here every year,” Mum says.

“OK,” I say.  Every year, this local nursery opens their dahlia trial ground to the public.  We’ve been attending this spectacle for as long as I remember.

“The problem with the pale ones is that they look horrible when they’re dying,” Mum says, looking at a yellow one which has gone brown on the back.

“Think the ones with black leaves are my favourite,” I say, as we encounter ‘Fire Mountain’ a red one with dark leaves.  Here it is: 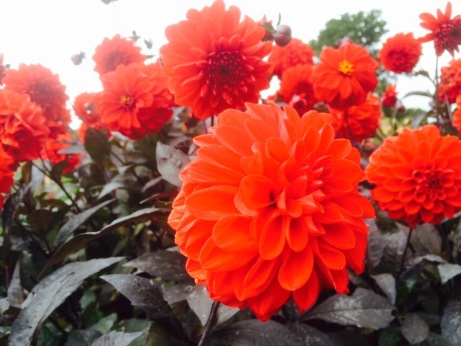 We leave the trial ground and enter the new Celebration Garden, which has been built for the nursery’s sixtieth anniversary.  It incorporates the dahlias amongst other plants to showcase their wonder and beauty.

And here it is, my favourite creature, in its natural state: 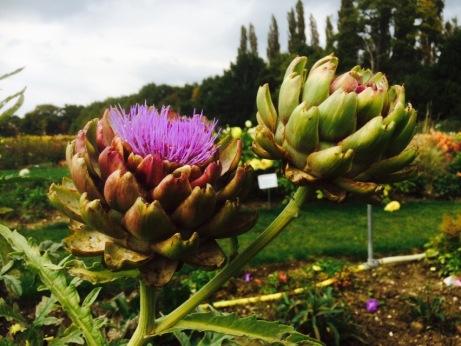 We stand there, gazing at it.

“Thank you for taking me on such a lovely outing,” I say, putting my arm round Mum.

“Thank you, darling, for remembering about it.  I’d forgotten it this year,” Mum says.  “Let’s go to the shop and see if they have any wildflower seeds for your garden.”

The attached photo is a bumblebee on an ‘Arabian Night’ dahlia.

8 thoughts on “The Red Dahlia*”