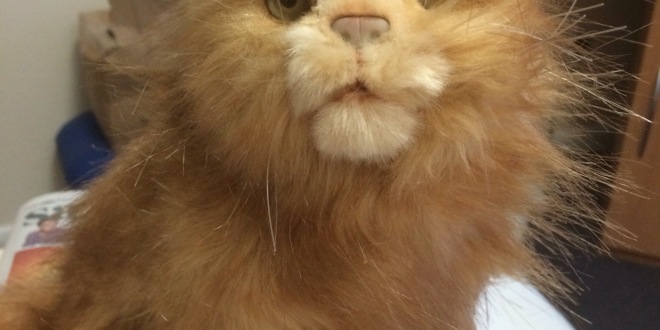 1.  Be kinder to elderly parentals.  Particularly to Dad.  He puts up with So Much.

2.  Do this at least once per day.  But not more than three times per hour.  Mustn’t exhaust self.

3.  Drink less water.  All it does is turn into wee anyway.

4.  Work towards own Keeshond puppy (how?  Maybe start with acquiring barge)…

5.  Attempt regular dinner with chums on, say, the first Thursday of every month.  Same time, same place.  Anyone who is around can pop in or something.  Mum has a similar arrangement with her ex-colleagues.  It was such fun on Saturday and need to do it more often.

7.  Go on holiday with Seb, even just for a weekend.  Or for one night.

8.  Try not to rack up more than five or six hospital visits per week.

9.  Teach the fluffy monster how to use the phone.  He’s two years old now: he’s not a baby.  There’s no excuse: he has a perfectly loud voice when he has something to complain about…

10.  Learn a new language to add to French, Dutch, Italian, Hebrew, Latin, that one in Watership Down etc.

12.  Be more compassionate towards nurses.

13.  Learn to shoot a gun.  Am sure that’s fine with my mental disorder.

15.  Improve sewing skills.  If can customise clothes can stop buying new ones all the time.

16.  Get back in the saddle once arms and chest are working.

18.  Get some non-black cycling gear.

The attached photo is my new pussycat who arrived at the hospital today.  He’s called Harrison.

11 thoughts on “The Fugitive*”